The Playhouse through the decades

Founded in 1931, Westport Country Playhouse has made its mark in Connecticut and American Theater.

In what was the outskirts of Westport during the early 1800s, the building that would become Westport Country Playhouse was built as a tannery, manufacturing hatters’ leathers. In 1880, it was converted to a steam-powered cider mill. In the 1920s, it stood as an abandoned barn.

In the winter of 1931, Lawrence Langer and his wife Armina Marshall, successful theatrical producers with Broadway’s Theatre Guild, wanted to start their own theater near their home in Weston. They came upon the old barn and knew at once that it was what they were looking for. Originally the Playhouse was called Woodland Theatre, but on the very day of the opening, June 29, 1931, Langner changed the name to Country Playhouse.  Langner and his wife ran the Playhouse first as a Broadway try-out house, then as a summer theater, bringing to Westport some of the most celebrated names in entertainment of the era.

In 1959, the Langners turned over operation to James B. McKenzie, who held the title of executive producer for most of his 41 seasons with the Playhouse. In the 1960s, McKenzie became the originator of a new business called star packages, rehearsing 10 plays in New York every June, and sending them to 10 different summer theaters. Westport Country Playhouse became an established stop on the New England straw-hat circuit of summer stock theaters through the end of the 20th century. 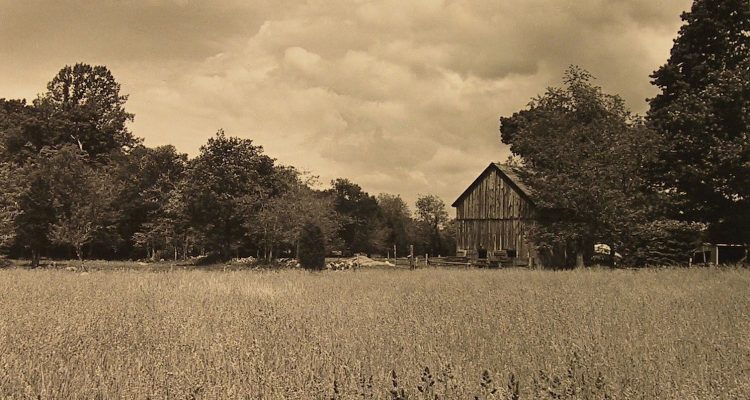 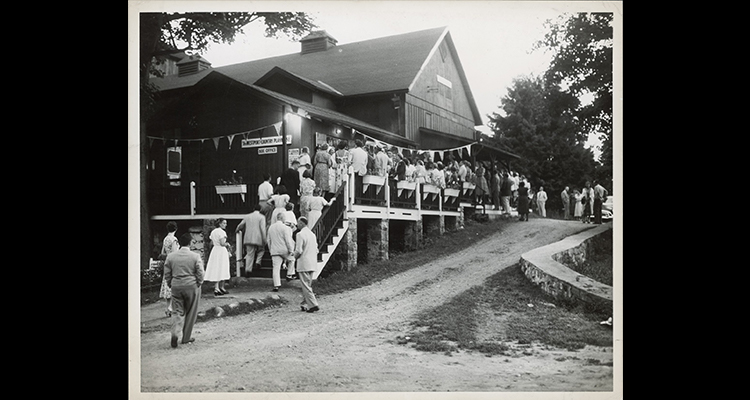 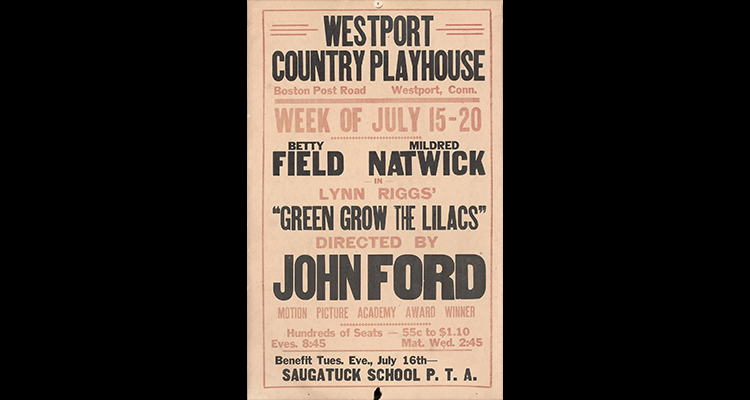 A letterpress-printed broadside poster for our 1940 production of GREEN GROW THE LILACS, the inspiration for OKLAHOMA! 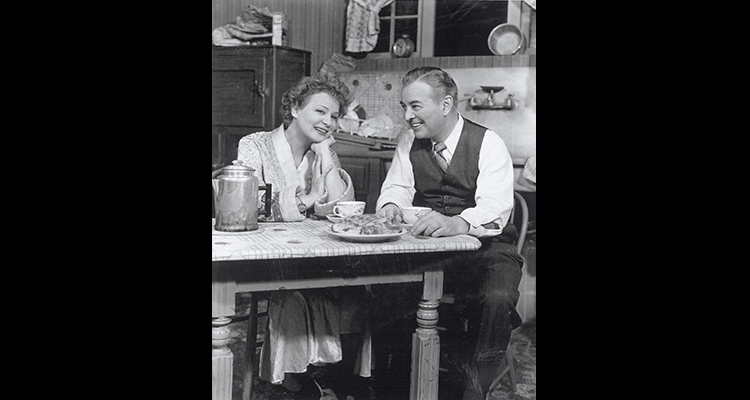 Shirley Booth and Sidney Blackmer in COME BACK, LITTLE SHEBA (1949), a world premiere that transferred to Broadway. Photo by Vandamm. 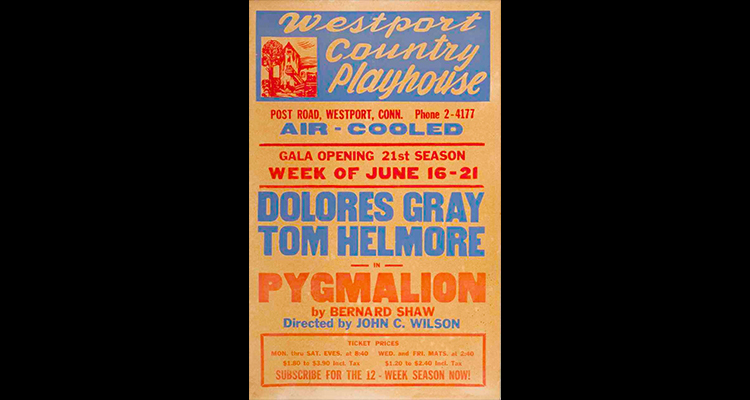 After Lerner and Loewe saw PYGMALION here in 1952, they wrote MY FAIR LADY. 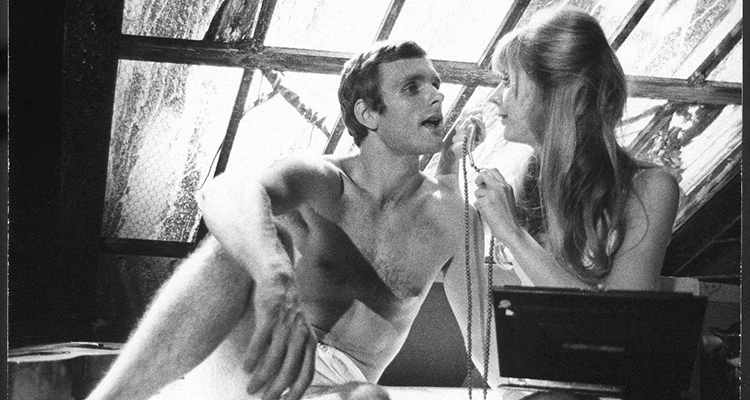 Keir Dullea and Blythe Danner in BUTTERFLIES ARE FREE (1969). The premiere went from Westport to Broadway. Photo by PhotoFest. 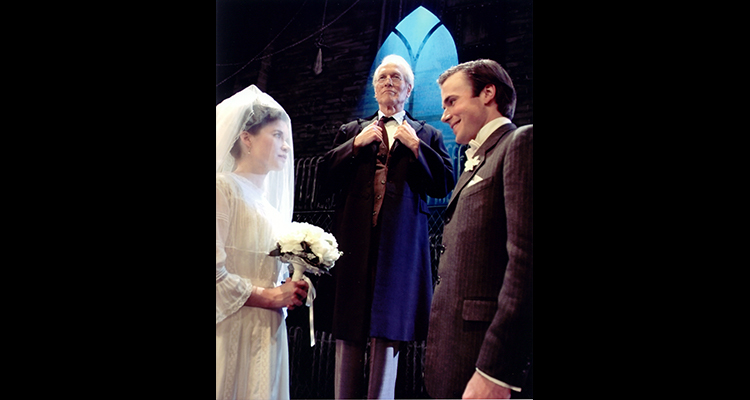 Maggie Lacey, Paul Newman, and Ben Fox in OUR TOWN (2002) continued to Broadway and to film. Photo by Larry Merz. 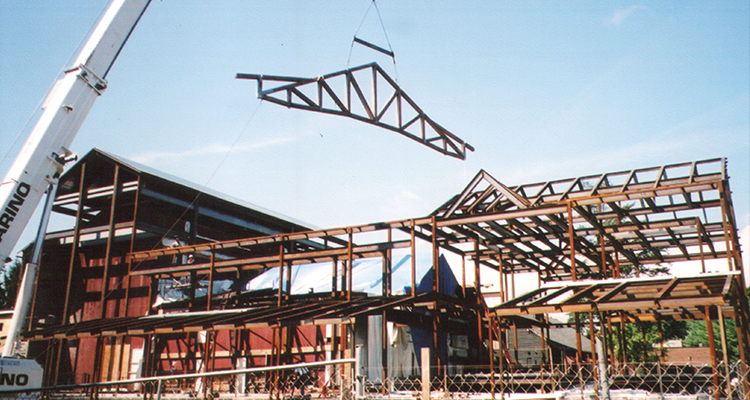 Mark Lamos is currently in his 13th season as Playhouse artistic director. During his tenure, the Playhouse was named “Theater Company of the Year” by The Wall Street Journal. Lamos’ artistic choices speak to the world today, embrace the theater’s communities, and explore new ways of bringing theatrical excitement to life. 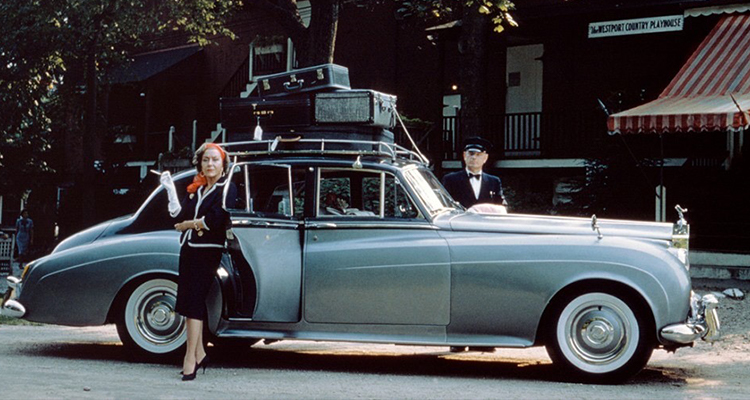 Gloria Swanson's Arrival in 1961 to star in a production. 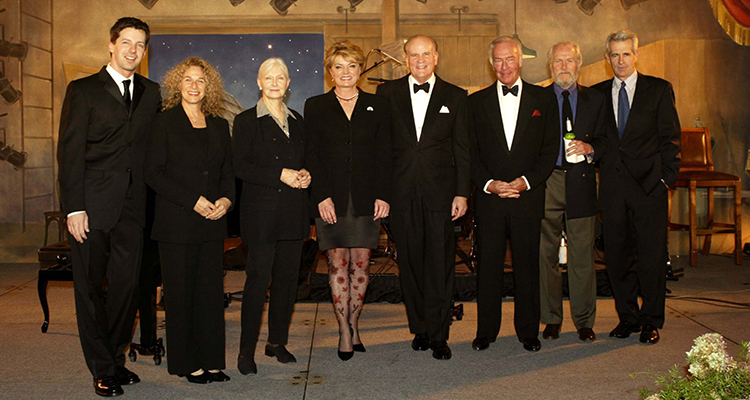 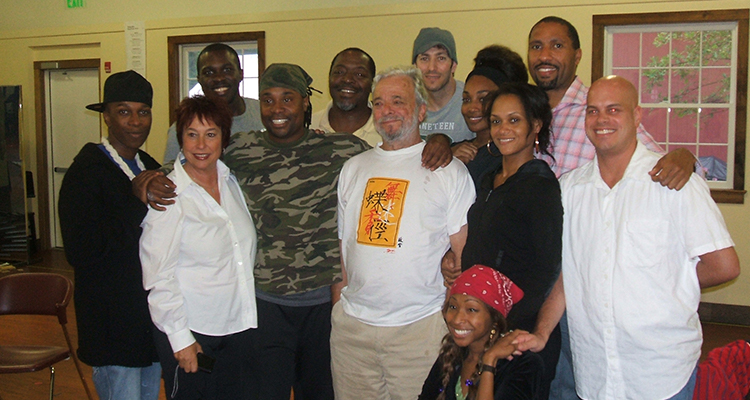 Billy Porter and Stephen Sondheim (first row, third and fourth from left) with the BEING ALIVE cast (2007). The world premiere musical revue, conceived and directed by Porter, combined Sondheim's music with Shakespeare's text. 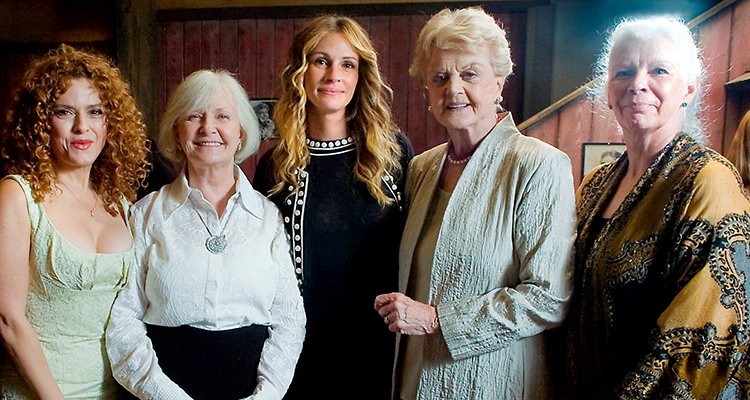 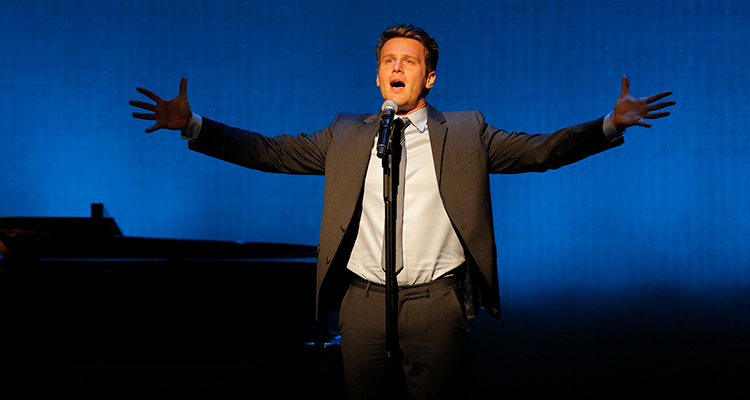 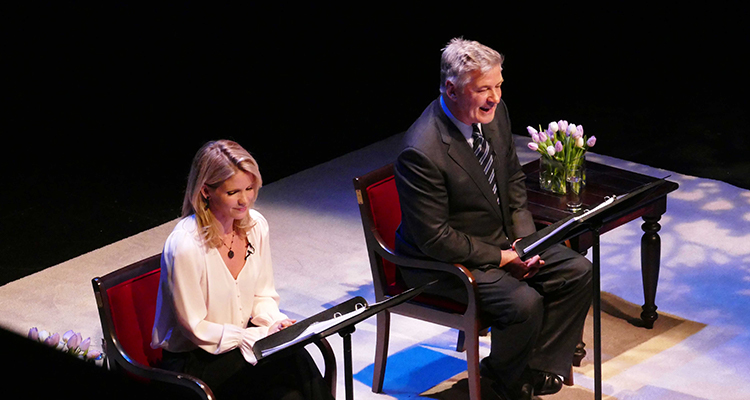 Among the over 800 productions staged at the Playhouse, some have made the leap from Westport to theatrical history. In 1940, after seeing a performance of the play Green Grow the Lilacs at the Playhouse, Richard Rodgers was inspired to turn it into Oklahoma! with Oscar Hammerstein II. Alan Jay Lerner and Frederick Loewe saw Pygmalion at the Playhouse in 1952, sparking them to transform it into the musical My Fair Lady.

In 1949, the world premiere of Come Back, Little Sheba, starring Shirley Booth, transferred from the Playhouse to Broadway, earning Booth a Tony Award.  Another transfer in 1969, Butterflies Are Free with Blythe Danner and Keir Dullea, garnered a Tony for Danner. A revival of Our Town with Paul Newman in 2002 went from a sold-out run at the Playhouse to Broadway and was filmed for Showtime and PBS. 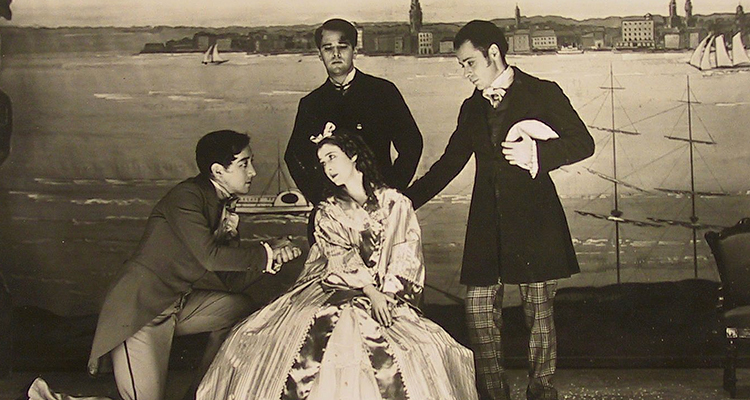 Rollo Peters and Dorothy Gish (front row) in THE STREETS OF NEW YORK (1931), the Playhouse's very first show. The production transferred from Westport to Broadway. 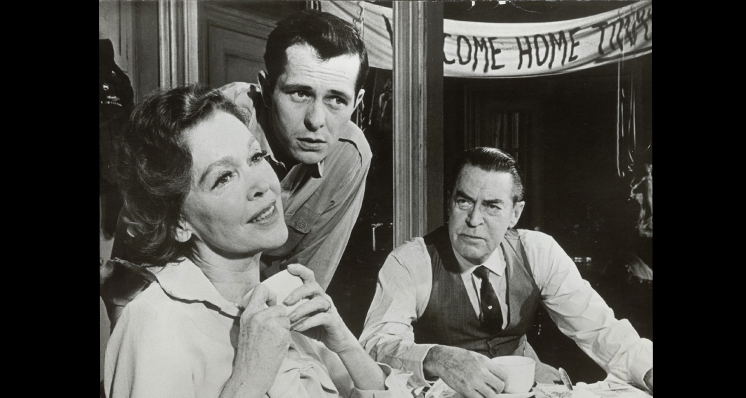 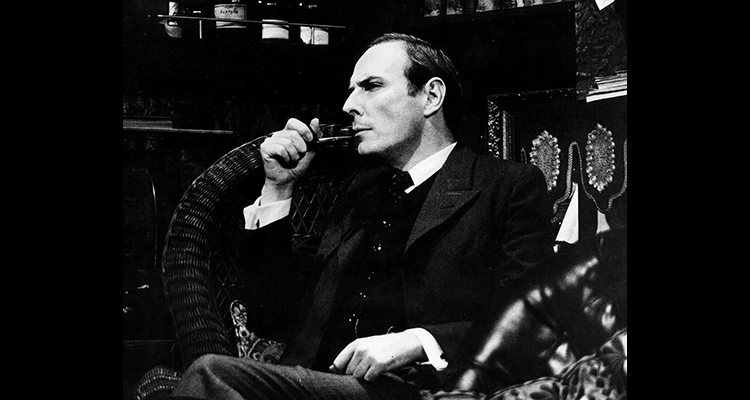 Paxton Whitehead as Sherlock Holmes in CRUCIFER OF BLOOD (1979). 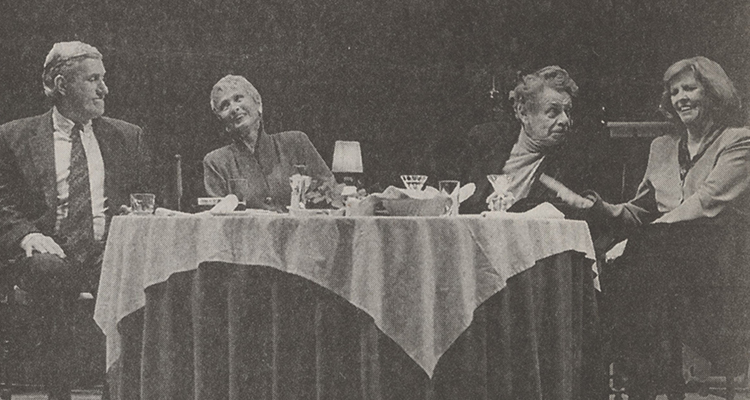 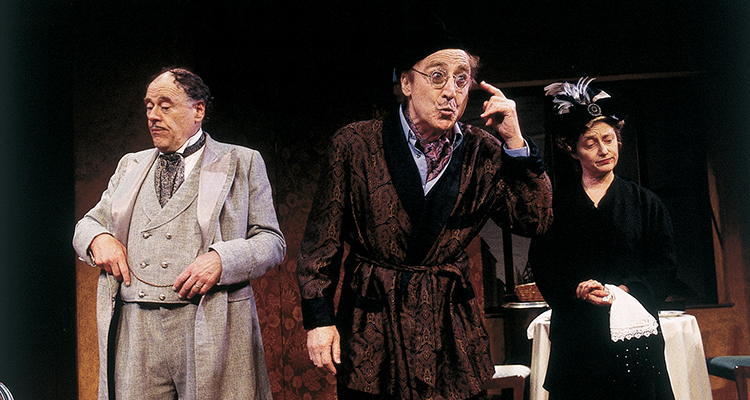 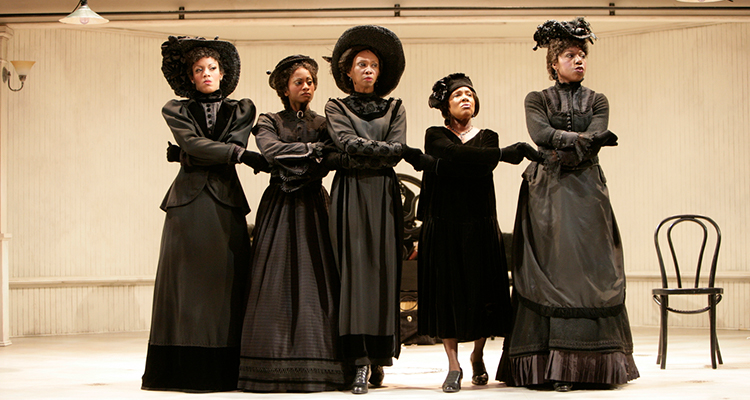 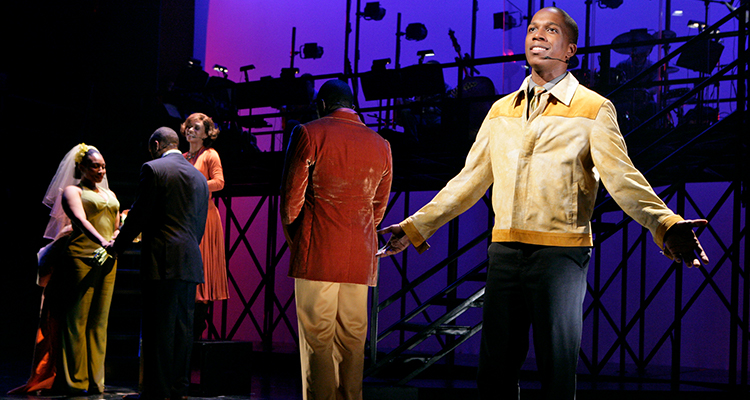 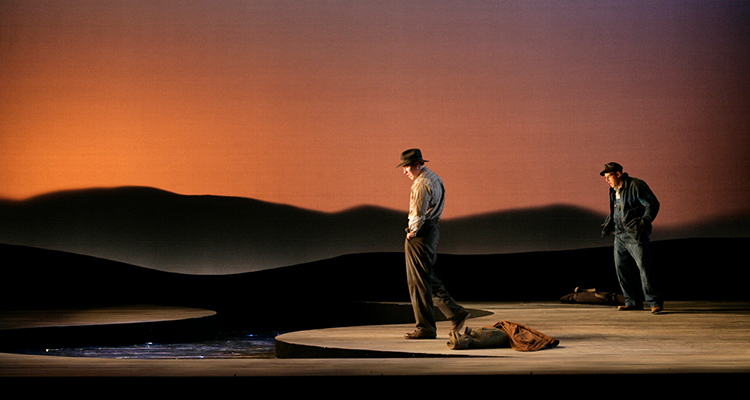 Brian Hutchison and Mark Mineart in OF MICE AND MEN (2008). Photo by T. Charles Erickson. 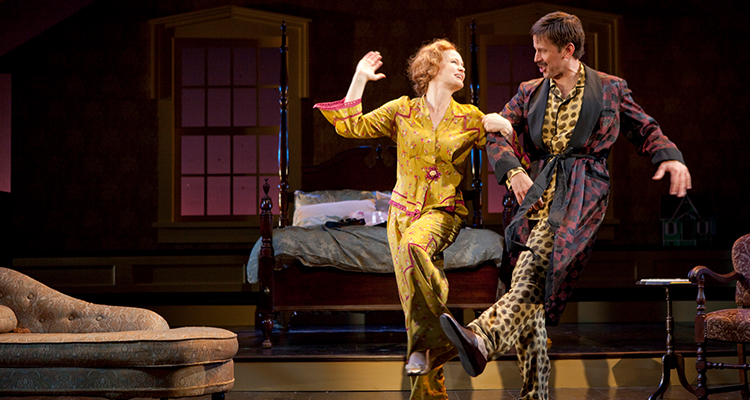 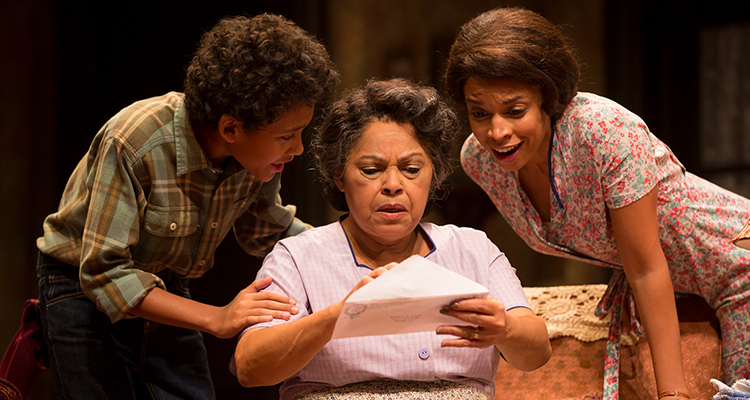 Luka Kain, Lynda Gravatt, and Susan Kelechi Watson in A RAISIN IN THE SUN (2012). Photo by T. Charles Erickson. 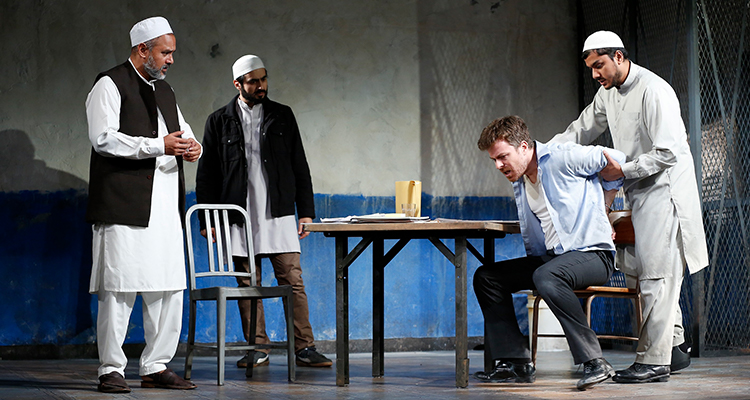 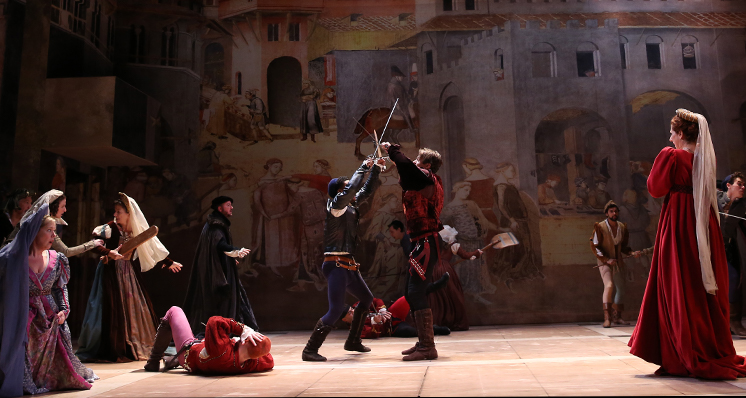 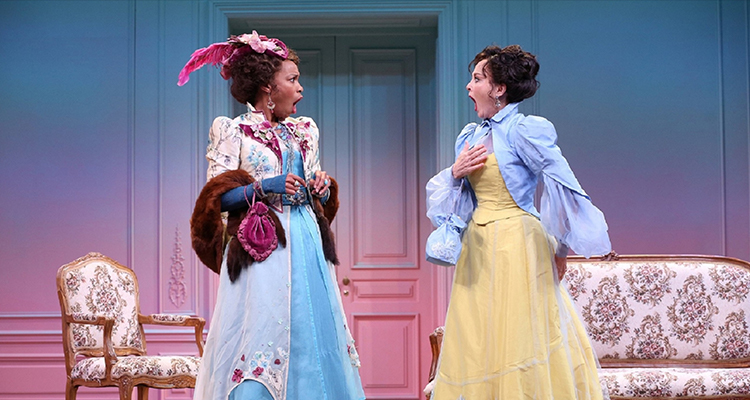 Antoinette Robinson and Elizabeth Heflin in A FLEA IN HER EAR (2018). Photo by Carol Rosegg. 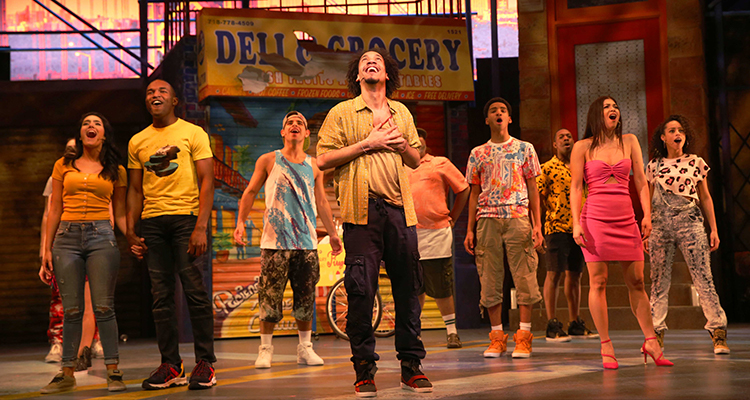 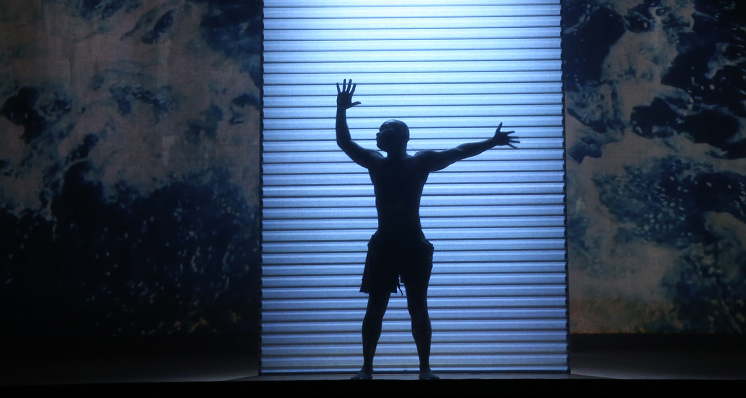 Jermaine Rowe in MILMA'S TALE (2019). Photo by Carol Rosegg.
BE IN THE KNOW:
Join Mailing List
We’ll never share your info with anyone — we promise.
Copy link
CopyCopied
Powered by Social Snap