The second of our HD video gems from the archives

John Steinbeck’s own adaptation of his novel, Of Mice and Men, tells the story of two migrant ranch workers, best friends, who move from place to place, seeking work and the promise of the American dream. George dreams of owning land and being his own boss. Lennie, his partner — a giant and physically strong man with cognitive disability — simply dreams of playing with rabbits. Having encountered problems at their last job, George and Lennie are forced to flee to a new farm for work, until Lennie’s strength gets them into trouble.

the familiar tale … is told in an unadorned style that makes it fresh and new."

Lamos lays out a parallel tone of quiet grace."

Take a look at the official sizzle reel 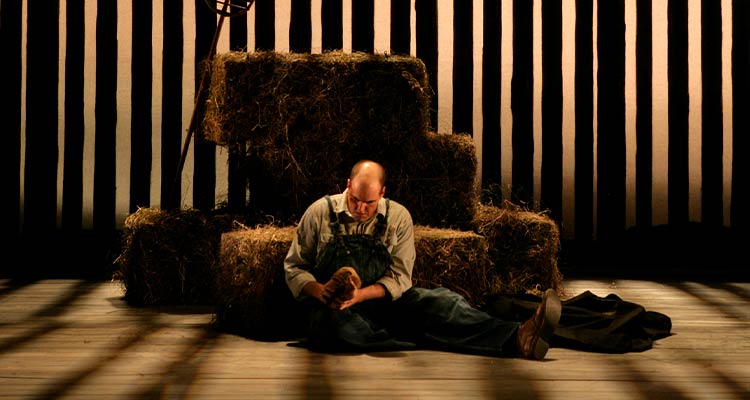 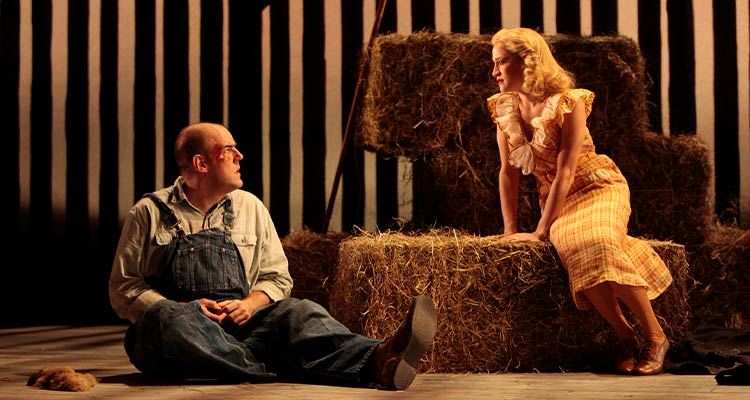 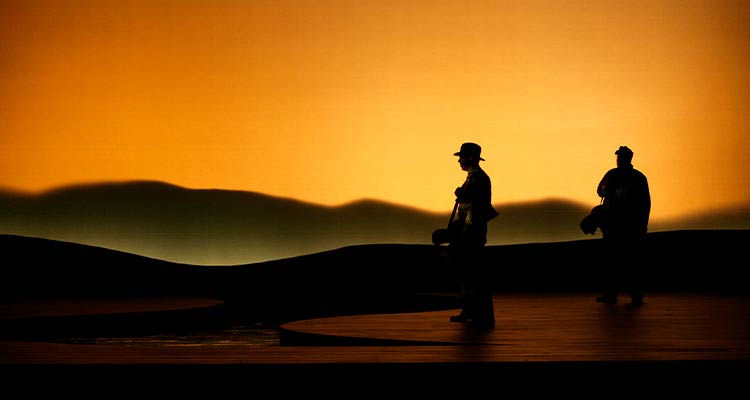 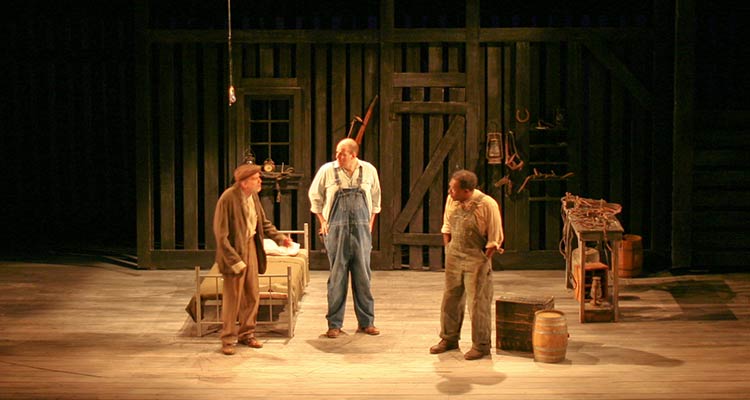 This production Of Mice and Men was presented in honor of Paul Newman.

About WCP in HD

As summer fades into fall, we’ve selected two gems from our archives of performances captured live on stage to share with you. Catch a show you missed, or see it again in a whole new way — closer to the action than you’ve ever been!

In a season of transition and recovery, this gorgeous high definition film whets our collective appetite for a return to in-person performance, but above all reminds us that great theater transcends medium.

Media Sponsorship for the 2021 season is generously provided by WSHU Public Radio and Moffly Media.

get on-demand ticketsview the digital program
Running Time: ~ 2 hours
BE IN THE KNOW:
Join Mailing List
We’ll never share your info with anyone — we promise.
Copy link
CopyCopied
Powered by Social Snap